Physical perimeter security can be defined as systems and technologies that protect people and assets within a facility and its grounds by blocking unauthorised physical intrusions across the perimeter. Achieving effective perimeter security requires the creation of layers to defend and deter potential attackers.

Historically, castles and palaces which were of national or regional significance were built on high land, surrounded by water and only accessible via a single entry and exit points, manned 24/7. In today’s urban world, this is not practical but, the principles remain the same.

A perimeter comprises a fence line, the inner territory perimeter, the building or asset itself, the external building shell and any internal perimeters. Each layer should help to delay, deter and detect intrusion.

Security schemes differ depending on whether the solution is for an urban or an industrial environment. Care needs to be taken within an urban area to ensure a scheme does not create what’s known as a “fortress mentality” or inhibit daily operation. 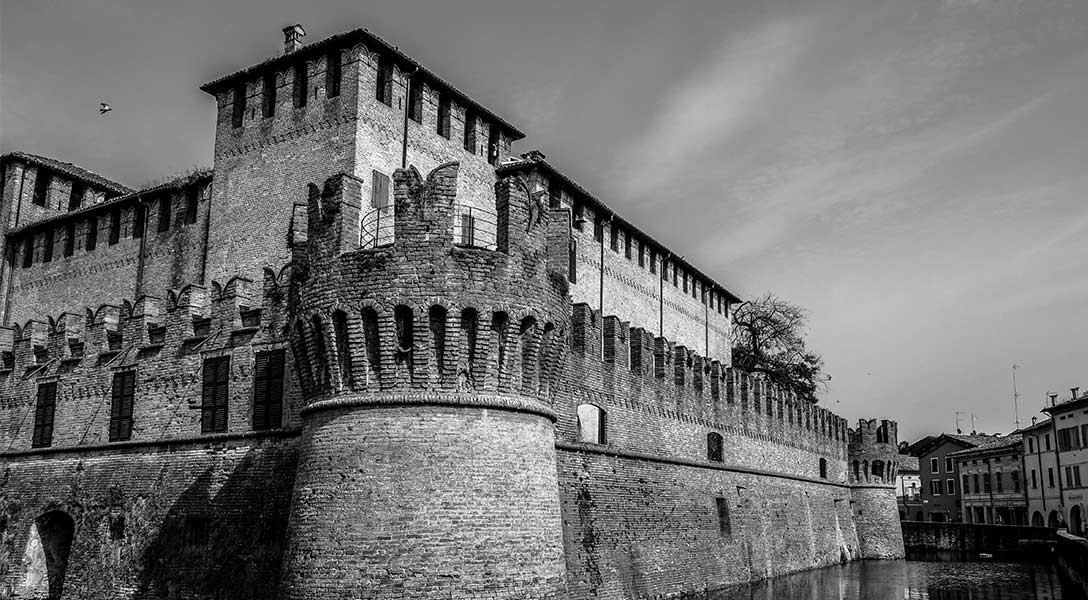 Assessing The Need For Multiple Layers Of Perimeter Security:

The extent of the number and security level of each layer implemented will depend on the site or asset needing to be protected. If the site is considered the highest of security sites, any asset at risk of terrorist or intrusion activity will need to be independently assessed.

If the main threat is from vehicular attack, security measures will likely focus on external perimeters and vehicle access points. Or, if the asset being considered is a remote and highly valuable site with many vulnerable facets, physical security may focus on protecting both the perimeter and building itself from intrusion. 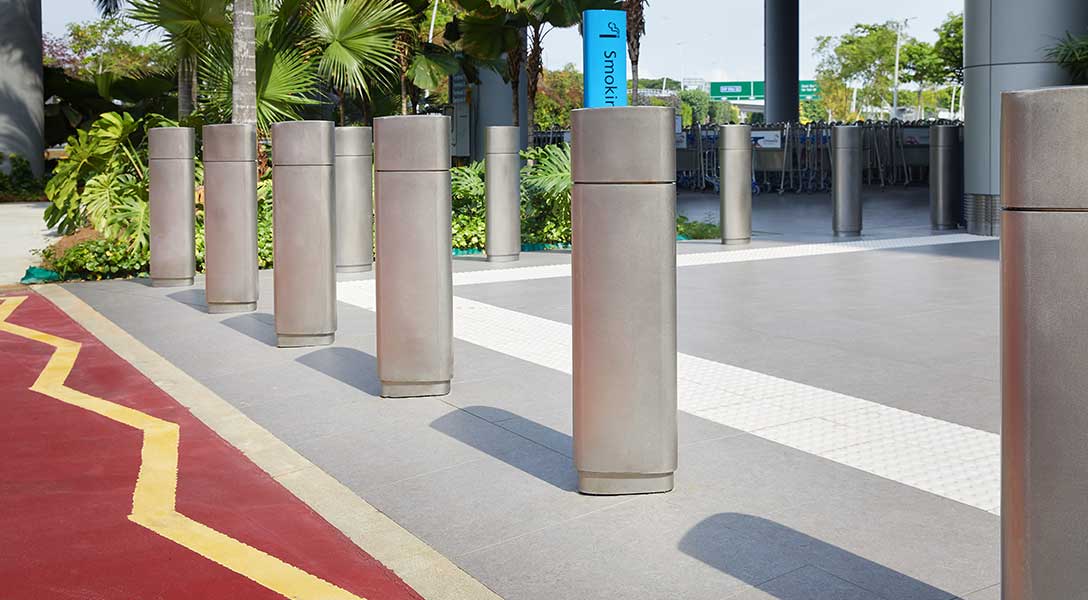 What Are The Different Options When Considering Perimeter Protection Systems?

An external perimeter can be secured utilising a wire rope fencing system, palisade or mesh fencing or fixed security bollards. The determining factor when considering a suitable product is whether the site requires pedestrian access and if you must prevent people from seeing inside your site

The security level of the external perimeter depends on the type of threat you are mitigating. If it is an intrusion, force and vandal tested products are sufficient. If the threat is from hostile vehicles, impact tested solutions are recommended.

It is very rare that a site can afford to operate by excluding vehicle movements entirely. Because of this, access to the perimeter may need to be granted by authorised personnel and vehicles (emergency service vehicles, employees, visitors and delivery drivers) and high-security access may be necessary. This can couple with under-vehicle scanning if the application demands it. 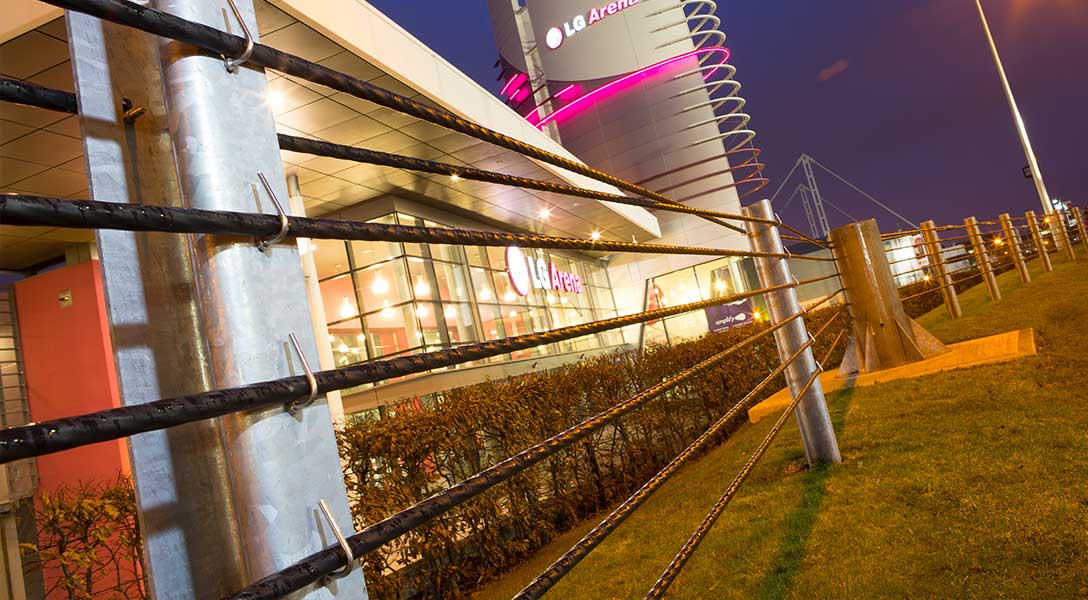 To increase the security of an existing or new building, high-security access doors, window bars and louvres can be installed with multiple access control options for authorised personnel. These can be coupled with detection devices where appropriate.

There may be external buildings to consider within a perimeter. These can have building hardening measures such as mesh cages or can sit within security-hardened kiosks. Again, these can be enhanced by any number of access control measures for authorised personnel.

Finally, if a site includes other vulnerabilities such as access to a network of utility hatches or water supply, high-security access hatches can be installed to protect against vandalism or mitigate contamination risks. 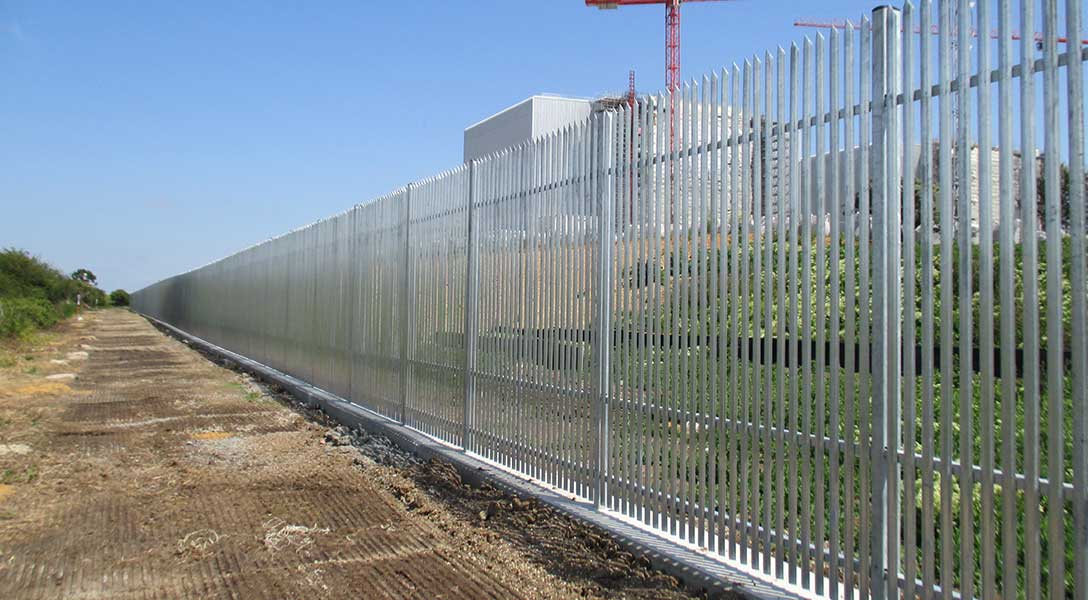 HS Security are hugely experienced when it comes to delivering multi-layered security schemes. Technical experts will visit your site, assess all vulnerabilities and propose a security solution proportionate to your level of risk. With a full, in-house design team producing designs and drawings, you can visualise how your site can be best secured. 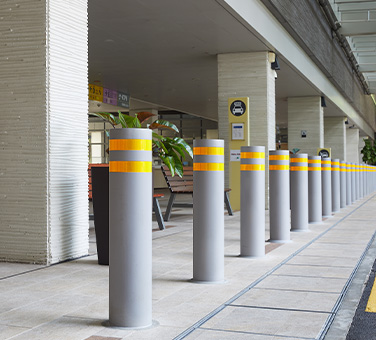 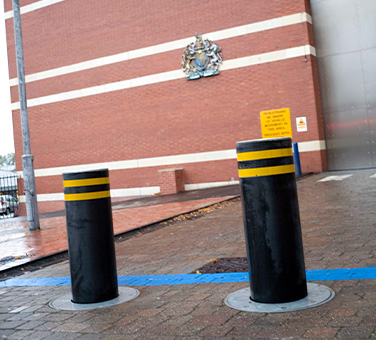 Can be integrated with a variety of access control methods allowing authorised vehicles in and out of restricted areas, including high security access points. 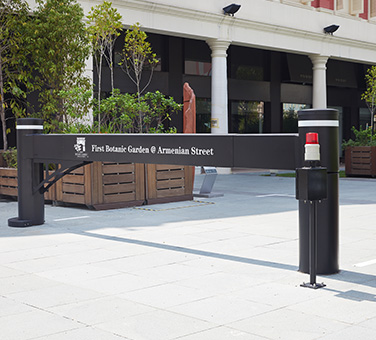 Suitable for public or commercial use, high-security emergency access gates are designed to allow emergency vehicles or occasional vehicle access in pedestrianised areas. 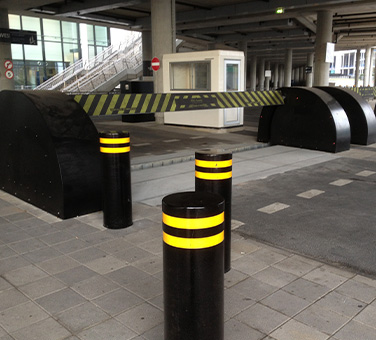 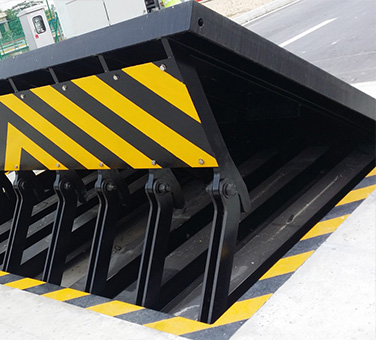 For industrial access control, spans of up to 4.5 metres offer cost-effective security for large entrances and are tested to the highest security levels. 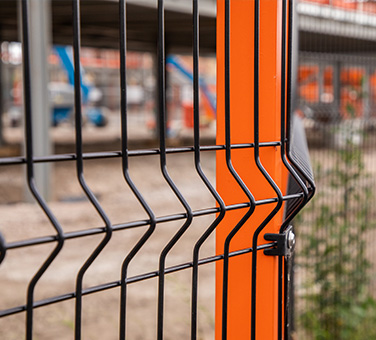 Designed for demarcation and to wholly exclude vehicles and pedestrians from an area. A variety of fences offer protection against impact and vandalism. 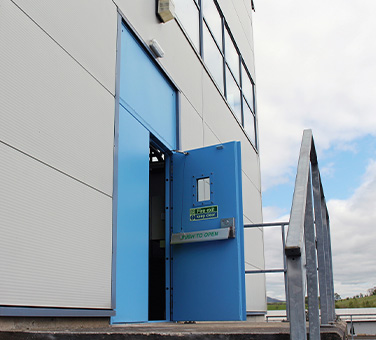 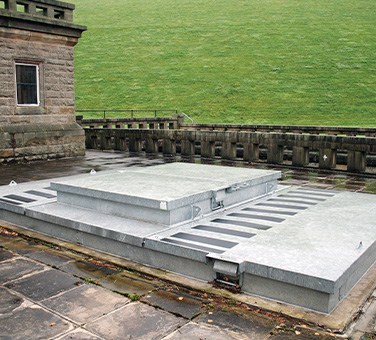 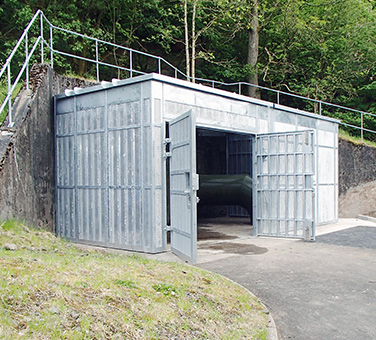 Walk-in modular buildings and mesh cages are available fully assembled, modular or ready for site assembly. Perfect for industrial security within a perimeter. 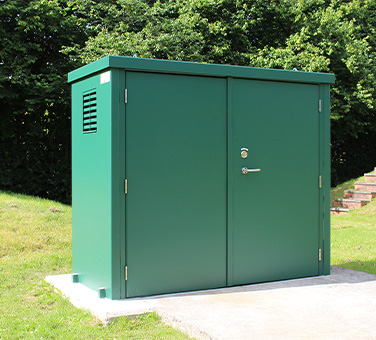 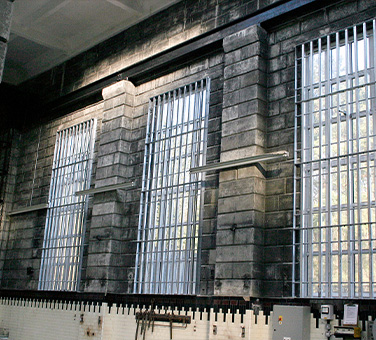 Restrict access to industrial and urban facilities. Available as reveal or face-bar fit sets, in singular or modular units and suitable for existing or new infrastructure. LPCB certified up to LPS 1175 Security Rating 4. 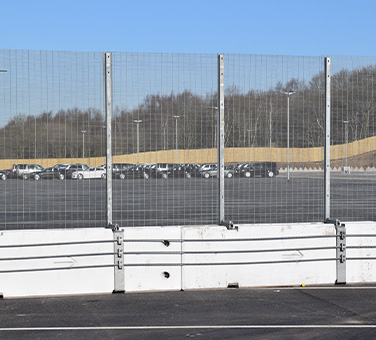 Keep assets secure when they undergo construction or change of use. Fixed in concrete block base panels and quick to deploy, isolate pedestrians and vehicles from a perimeter even on short deadlines. 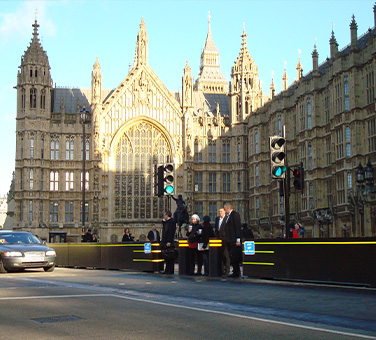 Protect people and assets with certified access control that can be branded or adverted on. Temporary, surface-mounted and able to be integrated with other access barriers for smooth, fast pedestrian flow.

Get in touch with a member of our support team here